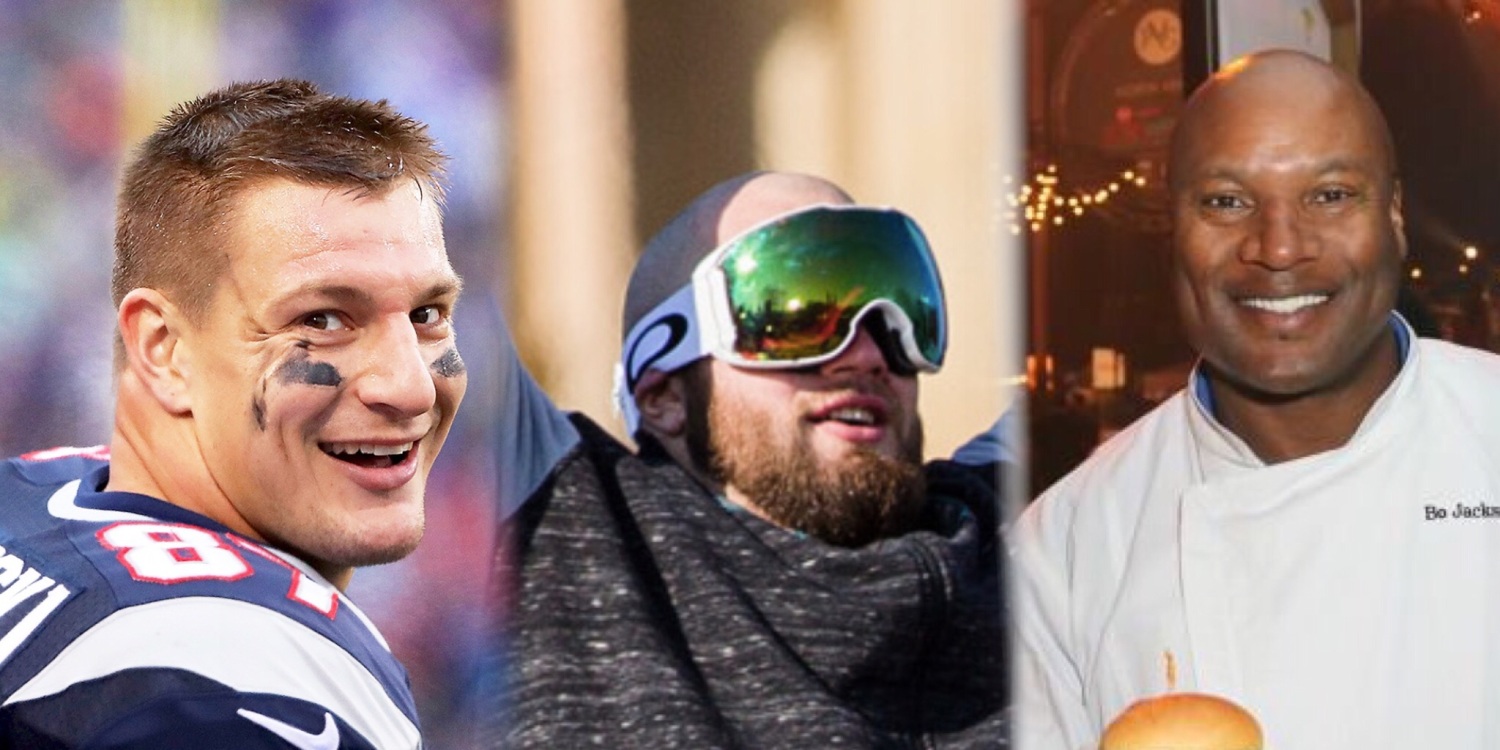 Have you ever thought, “damn, I bet *insert Football player’s name* would be an awesome time to party/tailgate with”?  After all, football players – including kickers are people too.  There are so many personalities in professional sports these days that I’m sure there are individuals we would all enjoy cracking a cold one with. If you have the power to hand pick professional sports stars to join you at a tailgate party, you better be strategic.  Don’t go picking 5 party boys who can’t fire up the grill.  If you’re going to do it right, make sure you have balance. Remember the key pillars to a tailgate – Food, Booze, Culture.  Check out this tailgate crew list I put together of NFL’s greatest past and present stars.

Johnny Manziel – Would be a fun dude to chill with, I just don’t want to get arrested

JuJu Smith Shuster – Saving him for my Fortnite Squad

Carson Wentz – I need him watching film for next szn

Jason and Travis Kelce – 6th man, and first to come off the bench

Bo knows everything.  This dude is a renaissance man; baseball, football, golf, probably even has a nice jumper. But did you know, Bo knows Burgers?  Bo Jackson owns a line of burgers and supposedly these things are delicious.  Not only does Bo’s burger line have regular beef burgers, but it also includes salmon, shrimp and tuna burgers.  You’re probably asking “who the hell brings fish to a tailgate?” and to be honest I’m not sure anyone would bring fish to a tailgate unless you’re from Boston.  I’ll let Bo know to leave the fish at home.

Prior to the 2017-2018 NFL season, Lane took to Twitter and let an entire fanbase of Eagles fans (who REALLY enjoy beer) know that if the Eagles won Super Bowl 52, that he would purchase every single person in Philly a beer.  Someone at Bud Light caught this story and told Lane that they would cover the tab if the Birds took home the SB52 trophy.  Other than that, Johnson just seems like a dude who likes to party and knows how to throw down on some OKLA BBQ. 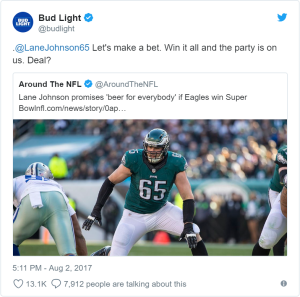 I’m not a huge fan of the Patriots, but Gronk is like a class clown; he makes everyone laugh around him and like an uptight teacher you may hate him, but still enjoy his company.  If you gave me a list of NFL athletes you would want to tailgate with and Gronk wasn’t on there, I can tell you right now that your party will be tasteless and will suck.  Gronk is strictly for the culture.

Marshawn Lynch aka Beast Mode is a wild man.  To put it shortly and in the mans’ words himself, he “just don’t give a fuck.” Beast Mode is a funny dude too, have you seen his show?  Marshawn is known for his backyard BBQs where the whole street would come out and show some love, so you know the man can eat.  Not to mention, I’m also a big skittles guy.